DALL·E[1] is a 12-billion parameter version of GPT-3 trained to generate images from text descriptions, using a dataset of text–image pairs. We’ve found that it has a diverse set of capabilities, including creating anthropomorphized versions of animals and objects, combining unrelated concepts in plausible ways, rendering text, and applying transformations to existing images.

GPT-3 showed that language can be used to instruct a large neural network to perform a variety of text generation tasks. Image GPT showed that the same type of neural network can also be used to generate images with high fidelity. We extend these findings to show that manipulating visual concepts through language is now within reach. 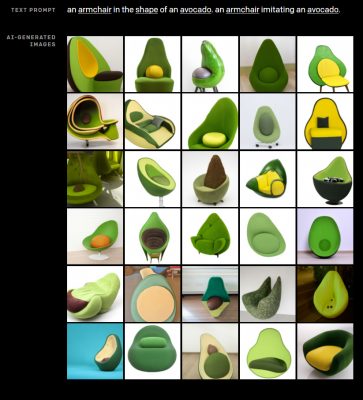 Like GPT-3, DALL·E is a transformer language model. It receives both the text and the image as a single stream of data containing up to 1280 tokens, and is trained using maximum likelihood to generate all of the tokens, one after another.[2]

This training procedure allows DALL·E to not only generate an image from scratch, but also to regenerate any rectangular region of an existing image that extends to the bottom-right corner, in a way that is consistent with the text prompt.

We recognize that work involving generative models has the potential for significant, broad societal impacts. In the future, we plan to analyze how models like DALL·E relate to societal issues like economic impact on certain work processes and professions, the potential for bias in the model outputs, and the longer term ethical challenges implied by this technology.

We find that DALL·E is able to create plausible images for a great variety of sentences that explore the compositional structure of language. We illustrate this using a series of interactive visuals in the next section. The samples shown for each caption in the visuals are obtained by taking the top 32 of 512 after reranking with CLIP, but we do not use any manual cherry-picking, aside from the thumbnails and standalone images that appear outside.[3] 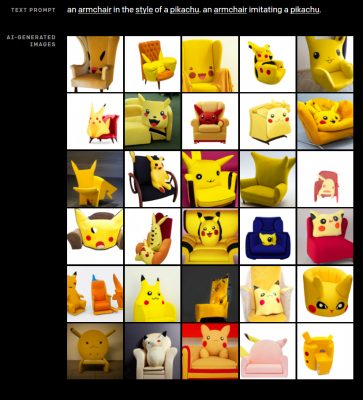 We test DALL·E’s ability to modify several of an object’s attributes, as well as the number of times that it appears.

Simultaneously controlling multiple objects, their attributes, and their spatial relationships presents a new challenge. For example, consider the phrase “a hedgehog wearing a red hat, yellow gloves, blue shirt, and green pants.” To correctly interpret this sentence, DALL·E must not only correctly compose each piece of apparel with the animal, but also form the associations (hat, red), (gloves, yellow), (shirt, blue), and (pants, green) without mixing them up.[4]

We test DALL·E’s ability to do this for relative positioning, stacking objects, and controlling multiple attributes. 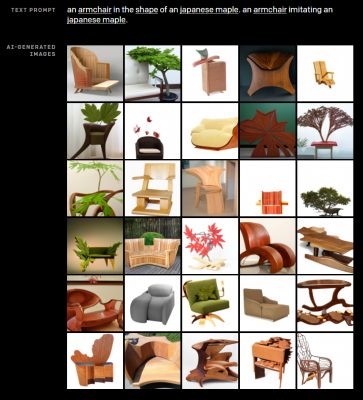 While DALL·E does offer some level of controllability over the attributes and positions of a small number of objects, the success rate can depend on how the caption is phrased. As more objects are introduced, DALL·E is prone to confusing the associations between the objects and their colors, and the success rate decreases sharply. We also note that DALL·E is brittle with respect to rephrasing of the caption in these scenarios: alternative, semantically equivalent captions often yield no correct interpretations.