Art has long been considered the exclusive domain of human creativity. But turns out machines can do a lot more in the creative realm than we humans can imagine. In October 2018, Christie’s sold first AI-generated painting for $432,500. Titled Edmond de Belamy, the artwork was expected to sell for $10,000. Obvious art created this masterpiece using Generative Adversarial Network (GAN) algorithm by feeding the system with 15,000 portraits created between the 14th and 20th century. While images created using AI have been floating around on the internet for a while now, Edmond de Belamy proved that machines can bring a new genre of art. 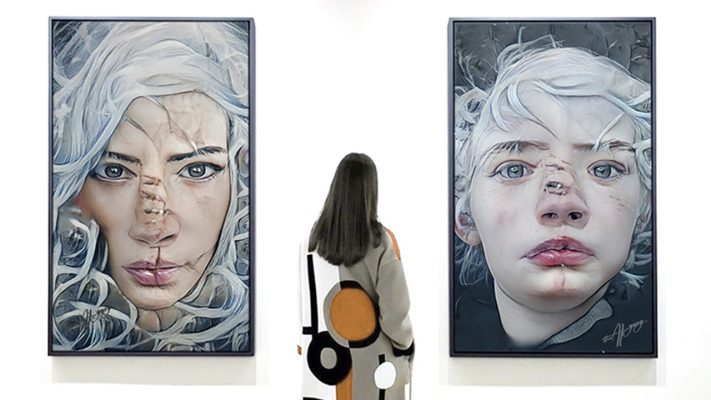 Artists have been using AI to create digital art from the past 50 years. The idea is to teach the AI systems to understand and replicate the artworks created by humans. The neural Style Transfer technique is used to replicate and recreate the pieces of art. The technique uses deep neural networks to perform image transformation. Be it paintings, music, photography, video, or some other form of art, the concept stays the same: you feed the algorithm with a data set, and AI will produce the artwork that blends styles together.

There are several examples of AI in the painting and drawing realm. One of the earliest examples is Harold Cohen’s work in the intersection of art and artificial intelligence. He created a computer program AARON that produces art autonomously. In 2015, Google released a computer vision program called DeepDream in 2015 that finds and enhances patterns in images via algorithmic pareidolia, thus creating psychedelic images. The software was developed to help scientists and engineers understand what a neural network is. 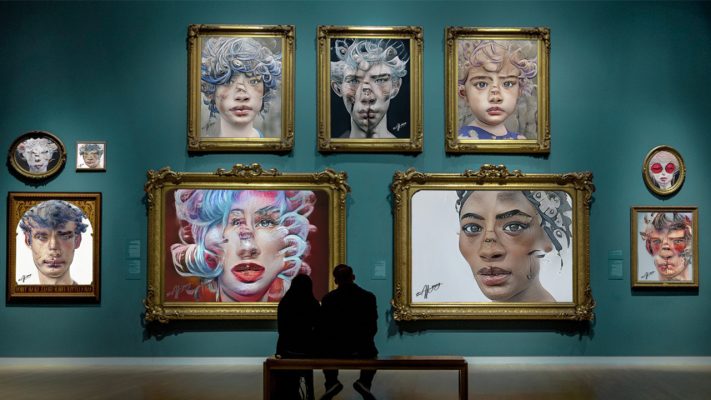 The Pikazo App also uses a neural style transfer technique to produce stunning artworks. Users need to upload two images and converts them into a beautiful new piece of art. Artist Anna Ridler takes images of tulips and uses AI to create a video of those tulips blooming. Sites like soundwavepic.com allow users to upload/record their voice and convert it into cool-looking sound wave art. Microsoft new drawing bot is quite an artist itself. The bot draws a picture from the written description.

AI has already been used in the music industry to create royalty-free music for video projects. It drives interactive composition technology where a machine composes music in response to a live performance by a musician. Researchers at Sony Computer Science Laboratory used AI to create a rather bizarre yet interesting pop track called ‘Daddy’s Car’ using Flow Machines. The software created the melody after 13,000 songs were entered into the machine. While some artists shy away from the possibility that machines might take away their expression and creativity, artists like Taryn Southern are welcoming this disruptive technology. Google’s Magenta project also aims to develop new deep learning algorithms to generate songs, images, drawings, etc. Artists and musicians can also extend their processes using these tools. Algorithms can help musicians create something that the audience needs, and predict what song will be a hit.

IBM’s Chef Watson is a culinary genius that can process data like a human. It functions as a digital culinary with access to a large database of recipes and flavor profiles. Chef Watson has helped thousands of cooks to create delicious meals. The machine has the ability to mimic the work of chefs, suggesting food combinations, and helping them create unique flavors that we couldn’t have imagined. If you’re not familiar with Asian cooking, Chef Watson will help you with that as well. Clearly, cognitive technology can help humans with complex tasks as well, and we can achieve something that would not be possible without artificial intelligence. Watson’s ability to sort through massive amounts of data can be applied to anything like helping scientists to fight cancer, creating perfumes, etc.

With the help of Google Arts & Culture, award-winning British choreographer Wayne McGregor has developed an AI system that can predict dance moves in his particular style. This AI-driven tool is fed thousands of hours of video footage from McGregor’s archives and ten other dancers to train the algorithm to detect patterns. Using data, it can predict McGregor sequences that might follow a phrase or a particular pose. The tool captured the individual styles of the dancers and learned to dance in the distinctive style of Wayne McGregor.

It can anticipate gestures and recreate the dancer’s style. Damien Henry, technical program manager at Google Arts and Culture, says that the AI system will not invent moves that haven’t been seen before, but it will predict what will happen from previous patterns that the tool has learned.

AI can unlock a box of numerous possibilities in the creative realm. Artists can work with machines, and create something that is yet to be imagined.

Implementing AI in the art will continue to hatch interesting artworks. The capabilities of AI cannot be questioned, and only time will tell how these capabilities are harnessed.