Created over 5,000 days by the groundbreaking artist, this monumental collage was the first purely digital artwork (NFT) ever offered at Christie’s 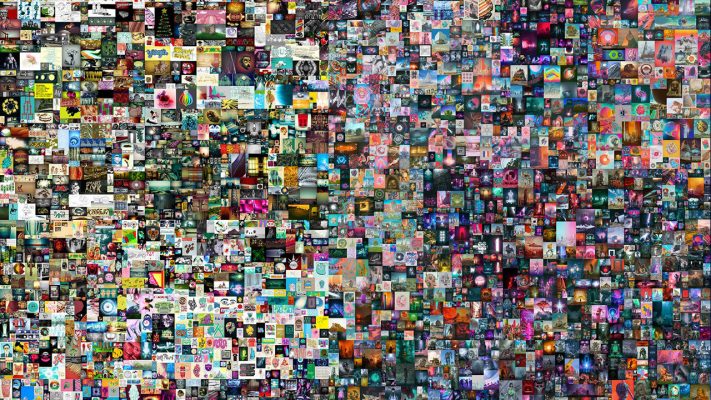 On 1 May 2007, Mike Winkelmann, aka the digital artist Beeple, posted a new work of art online. He did the same thing the next day and the next, and the next one after that, creating and posting a brand-new digital picture, or ‘everyday’ as he called it, every single day for 13-and-a-half years. Now those individual pieces have been brought together in EVERYDAYS: THE FIRST 5000 DAYS, a unique work in the history of digital art.

Minted exclusively for Christie’s, the monumental digital collage was offered as a single lot sale concurrently with First Open, and realised $69,346,250. Marking two industry firsts, Christie’s is the first major auction house to offer a purely digital work with a unique NFT (Non-fungible token) — effectively a guarantee of its authenticity — and to accept cryptocurrency, in this case Ether, in addition to standard forms of payment for the singular lot.

‘Christie’s had never offered a new media artwork of this scale or importance before,’ says Noah Davis, specialist in Post-War & Contemporary Art at Christie’s in New York. ‘Acquiring Beeple’s work is a unique opportunity to own an entry in the blockchain itself created by one of the world’s leading digital artists.’

From simple drawings to life in 3D

Consumers of internet culture will already be familiar with the South Carolina-based graphic designer and motion artist known as Beeple.

His visionary and often irreverent digital pictures have propelled him to the top of the digital art world, winning him 1.8 million followers on Instagram and high-profile collaborations with global brands ranging from Louis Vuitton to Nike, as well as performing artists from Katy Perry to Childish Gambino.

In EVERYDAYS: THE FIRST 5000 DAYS, the artist has stitched together recurring themes and colour schemes into an aesthetic whole. The individual pieces are organised in loose chronological order: zooming in reveals pictures by turn abstract, fantastical, grotesque or absurd, deeply personal or representative of current events. Recurring themes include society’s obsession with and fear of technology; the desire for and resentment of wealth; and America’s recent political turbulence. 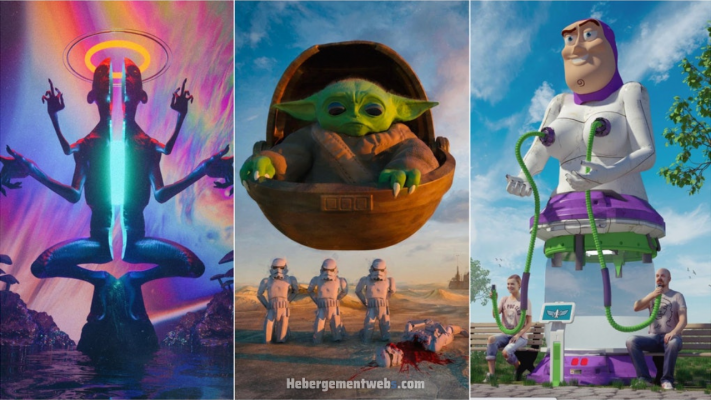 The notable differences between the early and later pictures reveal Beeple’s enormous evolution as an artist. At the project’s inception, ‘everydays’ were basic drawings. When Beeple started working in 3D, however, they took on abstract themes, colour, form and repetition. Over the past five years, they have became increasingly timely, reacting to current events.

‘I almost look at it now as though I’m a political cartoonist,’ Beeple explains. ‘Except instead of doing sketches, I’m using the most advanced 3D tools to make comments on current events, almost in real time.’

A milestone for digital art collecting

Digital art has an established history dating back to the 1960s. But the ease of duplication traditionally made it near-impossible to assign provenance and value to the medium.

The recent introduction of Non-fungible tokens (NFTs) and blockchain technology has enabled collectors and artists alike to verify the rightful owner and authenticity of digital artworks. EVERYDAYS: THE FIRST 5000 DAYS will be delivered directly from Beeple to the buyer, accompanied by a unique NFT encrypted with the artist’s unforgeable signature and uniquely identified on the blockchain. MakersPlace, a digital marketplace, has issued the NFT for the piece. 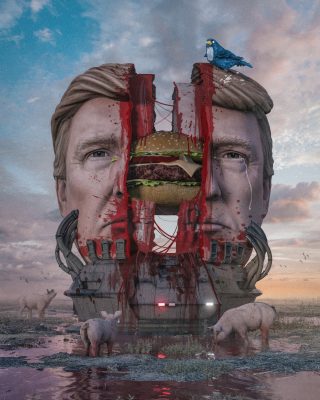 Christie’s first foray into this innovative technology was in November 2018, when it registered the entire 42-lot Barney A. Ebsworth Collection of 20th-century American Art on the Artory blockchain. The collection totalled more than $322 million and marked the first time an art auction at this price level had been digitally recorded.

More recently, Christie’s offered Robert Alice’s Block 21 as part of its Post War & Contemporary Art Day Sale in October 2020. The first work of art with an embedded NFT to be offered at a traditional auction house, the lot attracted non-traditional bidders and crypto enthusiasts alike — and sold for almost 11 times its low estimate.

Until now, Beeple’s works have dropped solely on blockchain-backed marketplaces — where they typically set records. In December 2020, Beeple’s work The Complete MF Collection, consisting of 20 pieces, realised $3.5 million in a single weekend.

Figures like this made putting an estimate on the sale of Beeple’s first work at Christie’s well-nigh impossible. ‘We replaced our typical Estimate on Request with Estimate Unknown,’ says Davis.