A digital artwork by humanoid AI robot Sophia was sold at auction on Thursday for $688,888 in the form of a Non-Fungible Token (NFT), the latest sign of a frenzy in the NFT art world. 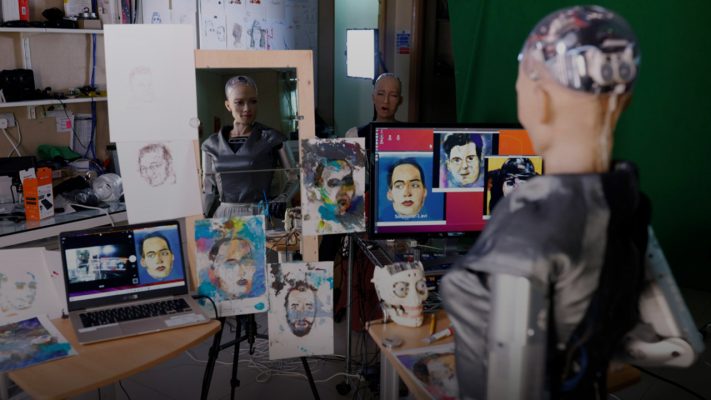 NFTs, a digital signature saved on blockchain ledgers that allows anyone to verify the ownership and authenticity of items, have become the latest investment craze, with one artwork selling this month for nearly $70 million.

Sophia, who was unveiled in 2016, produced her art in collaboration with 31-year-old Italian digital artist Andrea Bonaceto, known for colourful portraits, some of which depict famous people, such as Tesla’s chief executive, Elon Musk.

The robot has combined elements from Bonaceto’s works, art history and her own physical drawings or paintings on various surfaces multiple times in a process her creator David Hanson describes as “iterative loops of evolution”.

Titled “Sophia Instantiation,” the digital work is a 12-second MP4 file showing the evolution of Bonaceto’s portrait into Sophia’s digital painting, and is accompanied by a physical artwork, painted by Sophia on a printout of her self-portrait.

“I’m so excited about people’s response to new technologies like robotics … and am so glad to be part of these creativities,” Sophia, who was wearing a silver-coloured dress, told Reuters.

The identity of the buyer was not immediately known.

Sophia’s creator, Hong Kong-based David Hanson of Hanson Robotics, said he was surprised at the pace of the bidding. 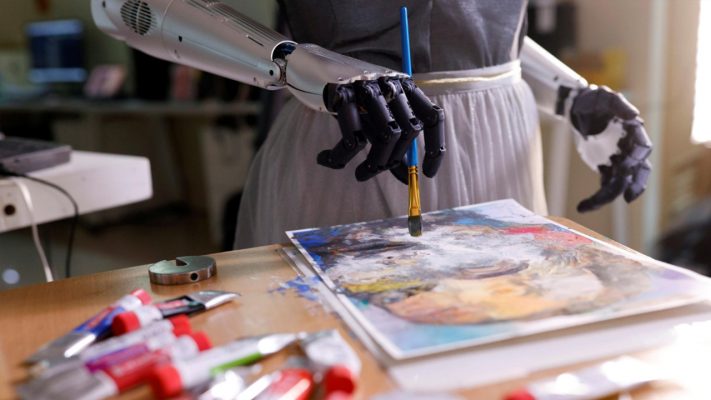 “I was kind of astonished to see how fast it shot up too as the bidding war took place at the end of the auction. So it was really exhilarating and stunning,” he said.

“What we’re seeing right now looks like a bit of a bubble, especially in the NFT art world,” Chu told Reuters. 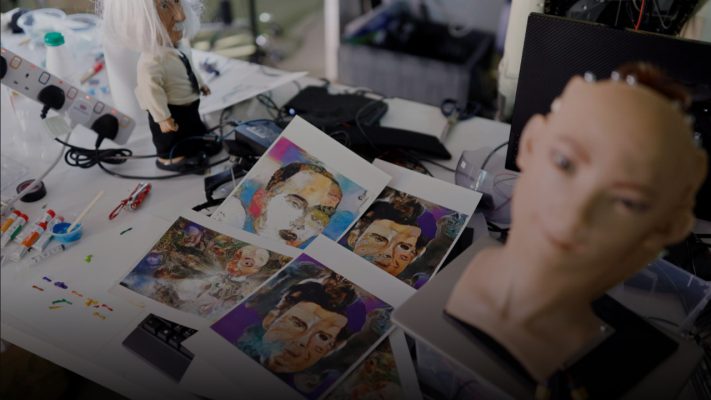 “At the end of the day, it’s very clear that there is a sea change going on in terms of how society and how consumers think about digital goods. And it’s pretty astounding where this is going to lead us.”