Talk to the Artificial Intelligence version of Einstein that embodies his personality and knowledge, he speaks English with a German accent and has a conversation about scientific topics, even pretending to ponder the answers. 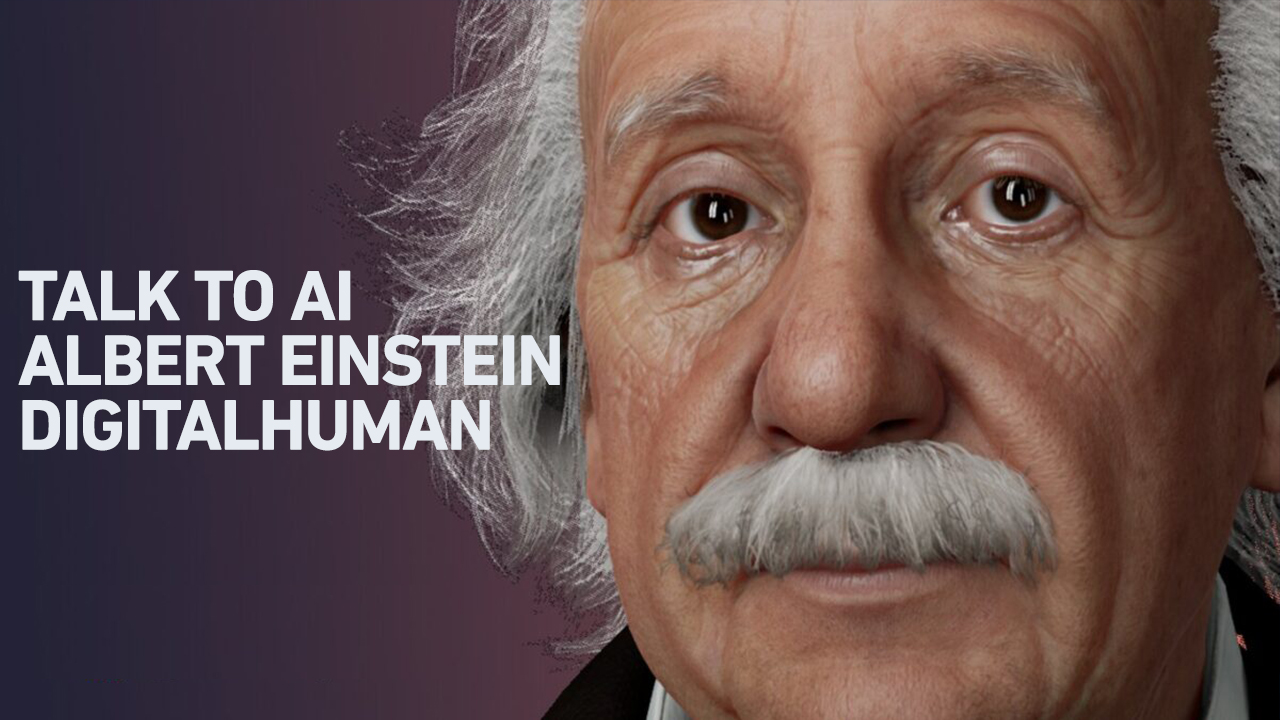 Have you been having a hard time with the ins and outs of Einstein’s Special Theory of Relativity lately? Perhaps you just need to go straight to the source to get all your questions answered from the genius himself — or at least a very passable digital likeness of Albert Einstein, as based on not just his looks, but also his personality and intelligence.

In a feat he likely would have laughed at, now you can refer your questions to one of history’s preeminent minds, thanks to UneeQ’s latest AI-powered digital human. Just in time for the 100th anniversary of Einstein winning the Nobel Prize for Physics, you can speak with “Digital Einstein,” which the video below describes as “a realistic recreation of his namesake, embodying the great man’s personality and knowledge – multiplied by the power of conversational AI and powered by UneeQ’s digital human platform.”

You can interact with Digital Einstein 24 hours a day, in a number of ways, from taking one of his daily quizzes, to discussing his universe-changing work, or even have a personal conversation, perhaps just to learn why he hated wearing socks.

Indeed, like other UneeQ Companions, Digital Einstein was created, at least in part, to help those feeling isolated and lonely, by giving them “a friendly face and personality” to engage with, per the company’s website.

The company goes on to claims that Digital Einstein, “can communicate with people in a way that comes most naturally – using conversation, human expressions, and emotional responses to best provide daily interactions.”

Honestly, who better to interact with on a daily basis then one of the smartest, most intriguing, and quotable people ever? And in a “touch-free world,” it seems like a safe way to go about having a conversation with someone, unless of course you use all that quantum physics to start making nuclear bombs.

UneeQ doesn’t claim that Digital Companions will supplant the need for human interaction, but they can “help bridge that gap through tone of voice and human-like expressions, allowing the digital human to show sympathy, warmth, excitement, friendliness and empathy.” All while breaking down the Wave-Particle Duality.

While speaking to Digital Einstein is no doubt revelatory and helpful with physics homework, would it be too much to get the AI version of Yahoo Serious playing Young Einstein? Cause that’s who we’re really itching to hang out with.

You can see Digital Einstein in animated action at the dedicated website here.